WARNING!  THE FOLLOWING BLOG SHOWS IMAGES OF BREASTFEEDING. WHILE THEY ARE NOT GRAPHIC, THEY MAY NOT BE SAFE FOR WORK.

I’m sure you have seen these odd stays show up in Pinterest or Google searches.  They are identified as breastfeeding stays by most museums.  But there has been some debate on the accuracy of that description.  On various Facebook communities, I have seen people passionately debate the true purpose of these mysterious stays. 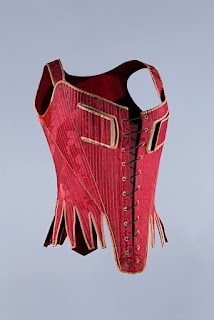 People have doubted that the stays are truly for nursing because of the location of the openings.  They appear too small and too low to be functional.  The bright colors and fancy silks also seem impractical for breastfeeding, which can get rather messy.

Unfortunately, there are no written or illustrated examples of these stays in use for either nursing or other purposes.  At least, none that we have found. So we are left to speculate.

Most of the arguments against these being breastfeeding stays are based on the idea that they could not be functional. Since I was home on maternity leave, I decided to test them myself.

For my experiment, I sacrificed an old pair of stays. 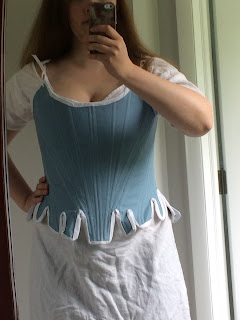 As a control, first I tried feeding my baby in the most common way seen in contemporary art.  I call it the “ up and over.” 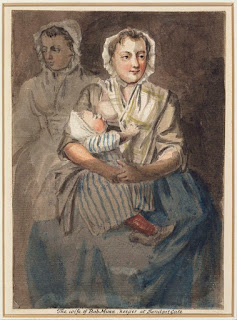 A few thing of note:

I found myself lacing the stays much looser than I had before I was lactating.  The breast change size as they fill with milk and empty.  Tight pressure on them is uncomfortable and can cause clogged ducts or even infection.  It also gives more room to adjust and move the breast around.  Because of this, my breasts were at their natural position, and not pushed up like they would be with normal snug lacing. 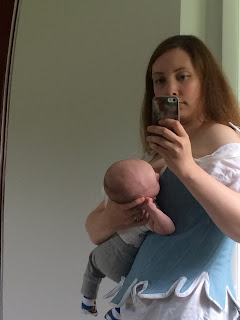 Also, I found it a bit difficult to get the nipple up high enough to comfortably nurse.  When properly laced, the nipple is just under the top edge of the stays and pushed up a bit.  Pulling it up more, so that enough of the nipple was available for the baby to latch was rather uncomfortable. And wiggling the stays down over the hips required loosening them quite a bit. 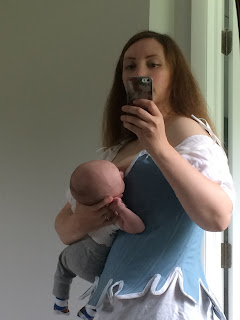 And finally, because of the smooth shape of the stays and the extra height of my breasts, it was hard to hold the baby high enough for him to feed. He needed to be higher than where my arms natural held him. And because the stays were smooth and straight, he kept sliding down!

Next was to alter the stays.  The extant stays have opening in all different sizes, I assume to accommodate different sized bodies. 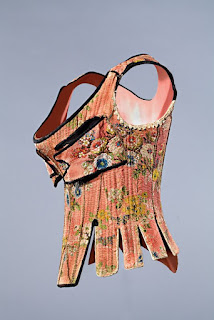 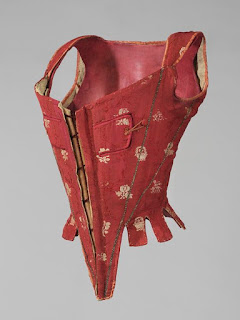 ( Large and small. Both from the  museum of design)
I lightly marked with a pencil where my opening needed to be and cut them out on three sides and bound them.  With the looser lacings, my openings look to be in about the same position as the originals. 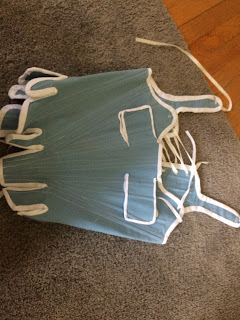 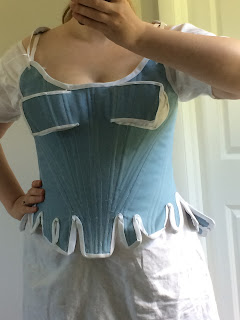 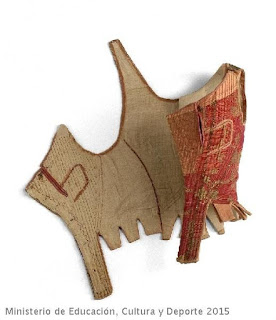 I was worried that my shift would get in the way, but as the stays were tightened, the extra fabric bunched in the center front, giving my enough slack to uncover for the baby.  And while it is strange looking, my breasts were soft enough to fit through the holes rather comfortably. 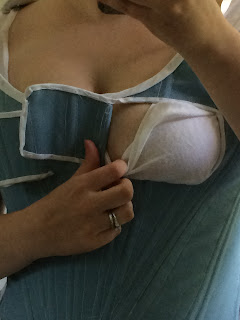 Now for the real test, can I nurse with them? 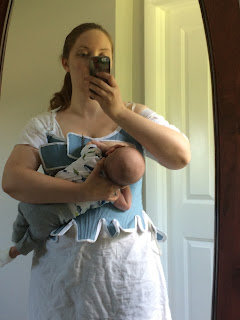 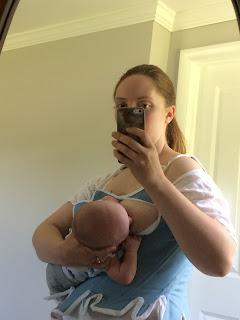 Yes, rather easily! Because they were at the natural level, I could hold the baby as I normally do in, my bent arm, and he could comfortably feed.  He was able to latch on well and I didn’t have any trouble moving around the stays.  I found them much more practical than the “up and over” way. 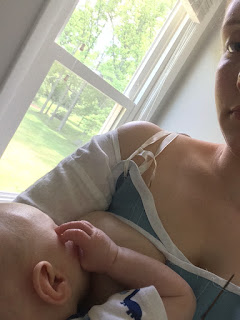 I was pleasantly surprised by how well these worked for nursing.  So much easier then feeding with normal stays. There is no loosening and tightening of the stays, and it's a much more natural position for feeding. I’m surprised that they were not more common outside of Spain.  I can understand that it is more economical to just use regular stays rather than specific ones just for nursing, but women were pregnant so often, it could be worth the investment.
Most of the survivors appear to be lightle used and made of more expensive fabrics.  But this could be a case of "survivor bias" The working class ones didn't survive. 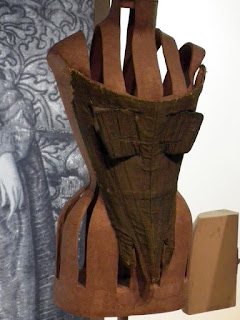 ( the only "lower class" example I could find from the Barcelona Musee de la mode. You can see that it did not hold up well over time)

All of the extant stays I have found are Spanish.  Since was not a leader of fashion at the time, it’s possible that the trend never spread much further. And other then the flaps, the stays look very typical of other Spanish styles of the time.  The bright colors and floral brocades are very common. 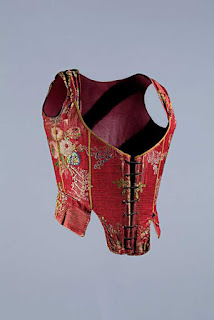 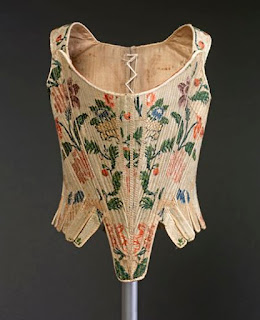